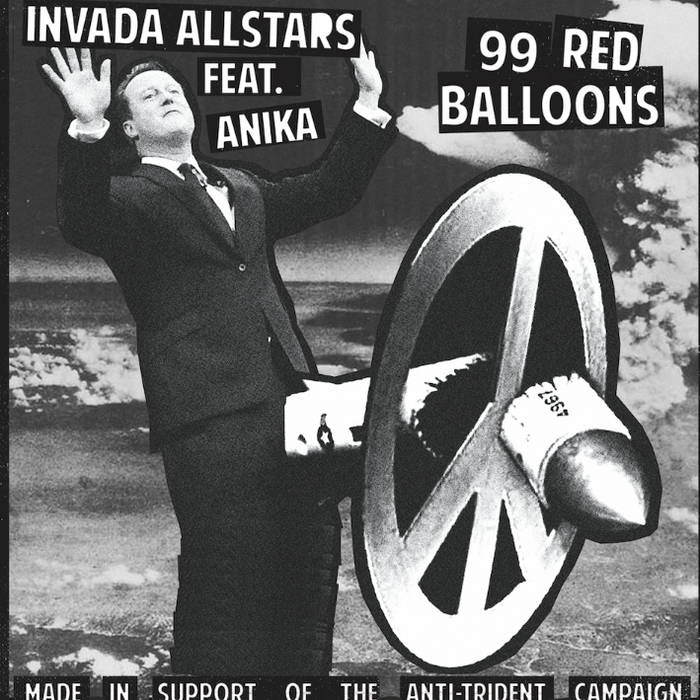 Donny McBride Really catchy cover for a good cause. Love it.

Art Fin English cover of Nena's 1983 German anti-war classic in dancehall (synth reggae) style for an anti-nuclear weapon charity. The original song is hypothetically about the military mistaking lovely balloons for something hostile and firing on them which inadvertently starts a war when other countries fire back in response to the show of force. Anika released a solo LP in 2010 and is in new band Exploded View in 2016.

Johnny Johnson Thank you for doing this. The country is splitting into two and becoming more intolerant and fascist. We have to fight for humanity otherwise this will no longer be our country but a country of misinformed bigots. STOP TRIDENT.

To show solidarity with the Stop Trident National Demo this Saturday (27th February 2016) in London, the 'Invada Allstars'have teamed up with Anika to release a cover of the classic '99 Red Balloons'.

The Invada Allstars shall remain anonymous but we can tell you the song was recorded at Invada Studios in Bristol! The track is available as a digital download to purchase or stream exclusively from Invada's Bandcamp.

100% of all profits from the single will be given to CND. For further information on the demo visit www.cnduk.org/StopTrident