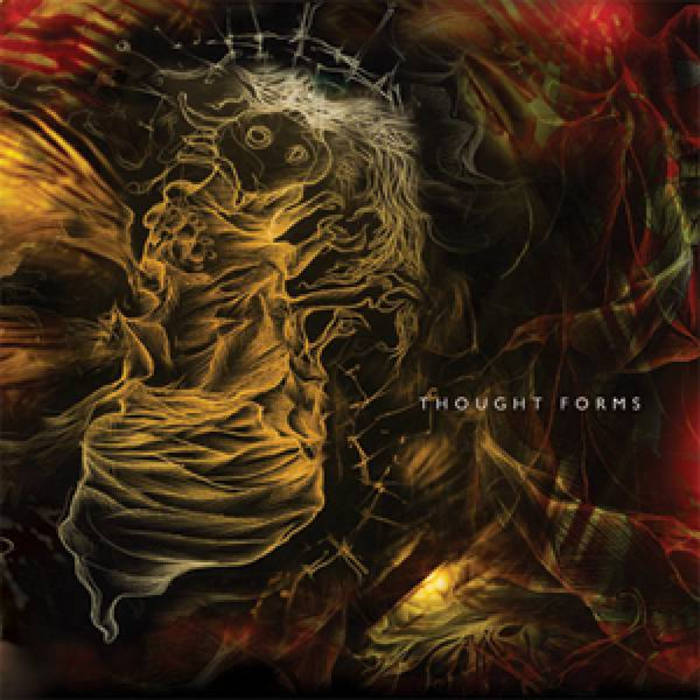 Thought Forms are Charlie Romijn (guitars / vocals), Deej Dhariwal (guitars / vocals) and Guy Metcalfe (drums). Hailing from England's rural South West, the trio were brought together amongst the ley-lines and ancient vibrations by a shared love of guitar abuse and pedal worship. With their self-titled debut album, Thought Forms are a young band and this really shows in their genuine passion, exuberance and energy. They possess a musical proficiency and depth way beyond their years and in the relatively short lifetime of the band they've played alongside the likes of Bardo Pond, MV/EE, Acid Mother's Temple and Awesome Colour - not forgetting appearances at well respected festivals such as All Tomorrow's Parties (curated by Portishead) and Terrastock. The band take influence from luminaries Sonic Youth, Slint and My Bloody Valentine, blending their structure with inspiration from modern experimental noise bands like The Skaters, Double Leopards and Emeralds; It is this which gives rise to a more psychedelic sound. They have fun; watching them onstage, they exude charisma with their emotion-fuelled chiming guitars and gloriously euphoric songs. They create an intense and haunting atmosphere that mentally takes the audience with them to a higher plane. This is post-rock of a sort, but it's more than that, and to pigeon-hole the band in a genre that's become stale and generic would be to restrict them. It's tight, yet it's also free-form. All three band members play in their own zone and create individual sounds but ultimately come together as one seamless unit.


********
Combining elements of Sonic Youth, Slint and My Bloody Valentine with the likes of Mono and the Emeralds, new young band Thought Forms on the excellent Invada label have come up trumps this week and taken the Record Of The Week gong. Blending the quiet/noise aesthetic with modern experimentalism and melody this band could well have it all!!